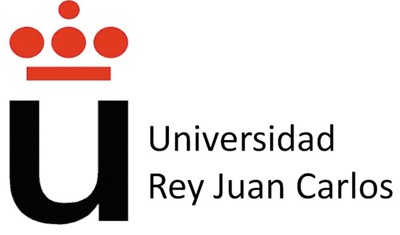 The last day 28 February 2014 the governing Council of the Universidad Rey Juan Carlos (URJC) decided to suppress the Degree in Sociology along with nine degrees more. In the first place, we the undersigned believe that the procedure used for making this decision is markedly irregular, since the statutes of the URJC establish that such jurisdiction lies exclusively in the different faculties and centres to which they are attached to the degrees and not in the Council of Government, as is credited on the resource of replacement interposed to such effect.

In the second place, without entering to value the motivations of “latent” in such a decision, we want to show our disagreement with the reasons that are publicly “expressed” as a justification for a decision to be arbitrary and irrational from the point of view of academic and economic. The Rectorate and Social Council managed three arguments: the alleged low demand, the supposed lack of employability and the fact that it is a degree with an offer of seats to be sufficiently covered in the Community of Madrid. In this regard we declare,

1. The Degree in Sociology complies with all legal requirements for its implementation and operation. It was verified by the ANECA, approved unanimously by the School Board and the follow-up reports of the ACAP have been positive year after year.

2nd. The data used to justify the suppression of the Degree in Sociology are partial and selfishly biased. The performance indicators of the faculty have always been positive in addition to that have not been taken into account in the computation of the tuition the students of the double degree, the wide demand of the curriculum, the satisfactory coverage rate or the low rate of abandonment. Also, the URJC has not even complied with the protocol that brand the Internal System of Quality Assurance for the extinction of qualifications.

4th. The reason given, according to which the universities of the Community of Madrid are satisfied with their joint bid, the total demand of places in the area of sociology also argues, as the same criterion could be applied with greater meaning to many other degrees. Moreover, such an argument has not taken into account that the Degree in Sociology offered by our University stands among those who have reached the highest levels of quality in all of Spain, according to the external evaluations.

5th. It is well-known that Sociology is a discipline firmly established at the international level and geared towards the research fundamental and applied. In the context of social, political and economic in which we find ourselves today is one of the areas of knowledge that can provide more projection and added value of a scientist in the field of the Social Sciences.

For all the above, we want to show our most absolute and radical rejection of both the procedure as well as the basic motivations that have led to the approval by the governing Council of URJC of the suppression of the Degree in Sociology. We also want to express our commitment to a Public University of quality at the service of society, because the mere reasons publicly sustained lead us to conclude that the disappearance of these titles is not an isolated case. From the most profound institutional loyalty , we maintain that the elimination of the Degree in Sociology is detrimental to the URJC for the following reasons:

As a result of the above, we request the withdrawal of the suppression of the Degree in Sociology. We expect the same to result in an improvement of the quality of university life.