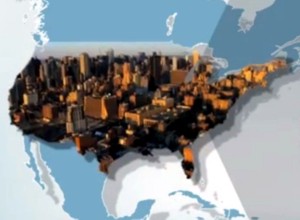 By Rafael Sunday | Student of Political Science at the UNED

On globalization, understood as the expansion to the whole world of all of the economic, social and cultural rights, we can find the analysis from different starting points. Of course, as in everything, there is a reality in black-and-white, polarized exclusively at those two points of view. Between both there is a graduation continues, that blends aspects (positive or negative) of the phenomenon.

If we look at the aspect more present in the present, the economic, there is enough consensus to say that globalization has resulted in a decrease of the social inequality in the less developed countries that have been able to join the process, with better results, as is the case of countries in the area of East Asia such as South Korea, Singapore, Indonesia, etc… on the contrary, inequality in developed countries has clearly increased, with a gap between the upper segments and the lower levels of their societies, are quite obvious, and not only at the root of the current crisis, but it began to be received in the previous years.

Patent and well known is in the case of EE.UU, as shown in this detail of the report of the Census Bureau of the united States.

But what is of concern, for the mind that brings us to the spaniards, is that it begins to check also in the Old Europe, as indicated by reports of several, such as the European Centre for Workers questions, “EZA”, or the own recognition of this fact by the European Commission.


This economic crisis can be seen as a key milestone that illustrates the goodness or badness of processes such as globalization. What is a sample of the aspects desreguladores of the financial markets, one of the basic proposals in the scheme of economic liberalization, have been clearly harmful?, or is it simply an effect of errors of calculation of the managers of your control, but that does not invalidate the merits of the theory desreguladora?

The new “strategic weapon” of economic relations, has meant to the classical structural concepts, a transformation of absolute of the role and scope of States and their sovereignty, that has made them change behaviours, since the search of the autonomy, unreachable, already, toward the socket in an environment of rivalry interstate, that has expanded to a global environment, with a rules-based, not only on the “balance of power” realist classic, but in a complex network of multialianzas strategic, in which they operate actors formerly confronted and now engaged in mutual interests.

This actually also operates in the field of security, and in that environment, in the wake of the events of 11-S, in the united States, the prospect suffered a variation of approach, which, for some analysts it was clearly aimed at the recovery of the “hegémon” american, with a return to aspects similar to the Cold War, political and military, subject to the attempt to regain leadership in those fields, forcing all the initiatives of globalization toward that goal. The “unilateralism” are faced, paradoxically, to be a characteristic of globalization, as is the multilateral nature of interdependent relationships. Seeking a “absolute security in a globalized”, under the directive of the National Security Strategy of the united States.

Other analysts, however, have been understood as an opposite process, in which the EE.UU have “ceded” its hegemony, in so far as the UN, NATO and the EU had to acquire positions are decisive in such matters. We can cite here the position facing France, for example, in the sessions of the Security Council of the UN to the issue of Iraq, with their minister Dominique de Villepin reluctant to the thesis of the U.S.

In any case, it seems clear that the initial optimism derived from the “apparent” triumph of western civilization and its liberal economic model, prior to the events of 11-S and the second Gulf War, followed by an apparent reversal, driven by changes in the agenda of the international system. The so-called “agenda denial” came to the fore, terrorism, primarily, but also issues such as the environment, poverty and the problems of population, nationalism, etc…

In the stage of george Bush (the son), it was a limit situation in the policy of so-called “preventive security”. While in the intervention against Afghanistan triggered the article 5 of NATO, so reasoned, question perfectly arguable within the limits of international legality, for the case of Iraq, an entire architecture, “legal” , ad hoc is set in motion to justify the intervention, based on the alleged existence of weapons of mass destruction, and the “very clear” support of Saddam Hussein to the terrorist groups, jihadists. Then corroborated the absence, both of these weapons, as the more than dubious implication of the regime of the baath party (secular by definition), with islamic fundamentalist groups, which were at the antipodes with respect to the approach of religious beliefs. Despite this, they launched an entire conduct of security arising from a military treatment to all that had any trait of being dangerous to american interests (flights with detainees subjected to torture, consolidation of Guantanamo, etc…). Such conduct, illegal, has been one of the reasons for the questioning of EE.UU, heightened by his posture and refusal to recognize the International Court of Justice.

Barak Obama acceded to the presidency in 2008, with a different proposal. Closure of the Guantanamo bay naval base, change in the strategy to be adopted in the islamic world, promotion of diplomacy over direct conflict, etc…

Currently, we can say that, Obama’s foreign policy has followed a vector essentially similar to those of the previous administration, in terms of the overall strategic objectives, if well, keep in mind, that it has put in place what some analyst expert named as “leading from behind” (leading from behind), a stance criticized widely by his opponents more conspicuous, that you have crossed out of “soft”, so to speak, so colloquial. In the conflict in the north of Africa, has not wanted to have a main performance, though it is clear that he has been aware of everything that has happened, with more or less success, has contributed 75% of the budget of NATO for operations that were performed in this scenario of crisis.

Its action is more striking has been the operation to “do justice” to Osama Bin Laden, and question quite paradoxical for a Nobel Peace Prize. But no, you have not been asked to return the award, which can be seen as an attempt to differentiate, at the beginning of its mandate, its international action with respect to his predecessor, Bush Jr., especially taking into account that we are talking about the first president of black race in the history of the united states.UU, with all that this means of breaking socio-political in that country. In any case, that action on Bin Laden is another example of the “ability” north american “rise” on legalities international, under my personal point of view.

Another “novelty” brought by the Obama administration in foreign policy has been the promotion of the use of unmanned drone aircraft, so called drones, in order to minimize the own damages, at the same time avoiding many explanations, and you can “sell” the image of a president who withdraws the troops from Afghanistan and Iraq, although both countries (by calling them somehow), remain in a situation of risk, with respect to the revitalization of the sectors most likely to follow paths of violence, both to the outside as to their own countrymen.

Well it is true that there is a factor to be taken into account, according to my point of view, which has influenced in good measure: the brutal economic crisis inherited. It can be said that EE.UU, in the period 2009-2012 has been on the verge of suffering a debacle and absolute (there are voices that believe that still in that situation, but in a such deadlock momentary). Their unemployment levels have reached almost double digits and the deficit does not cease to increase, in part due to the public efforts to help the economy. After the extension is granted, in extremis, by the Congress in December, to continue to negotiate budgets, has accomplished what is known as the “fiscal cliff” because republicans do not support the claims tax of the Obama administration in the Congress. This issue is going to clearly mark the general outcome of the U.S.

I think that has consolidated, under the theory of interdependence as a concept “glue” of globalization, that no-one discusses that the internal policies of the States are fully mediated by the external policies, both in its regional scope and in the world, although with different rhythms for each State and area considered.

The development of globalization, especially in its economic aspect, is seen with growing concern. Policies are disparate, if we look at EE.U.S. and its fiscal stimulus (despite the “failure” budget), that if we look to the EU and its austerity measures extreme (personally, I call it austericidio), and with a whole emerging area of the Asia-Pacific region, the release of economic leadership, of a clear and definite way, as no one disputes (See the article China will overtake the USA and become the first world power in 2016 published in www.economia.elpais.com)


With respect to EE.UU in particular, it can be envisaged that in its second legislature Obama will attempt to regain the international agenda, which has focused its diplomacy towards the asian region, as a revitalized, although not new strategic space. China is set as a potential focus of attention crucial, not only from the economic point of view, but on the pure ground of the voltage-strategic (the latest cyber attacks, with possible military origin). In this area also highlights the renewed importance of the political defensive of Japan, Australia, the Philippines, Vietnam and even Thailand, who come under the “friend” is american for fear of the development of chinese (in all aspects).

The issue of North Korea will still be relevant, even though you have less potential in terms of the destabilization general, despite his continued offers to be threatening. Also Iran will maintain the struggle, but in this case it seems that the situation has possibilities of treatment strategic different, though full of unknowns.

With regard to the everlasting conflict in the Middle East, I don’t think that you can get too much progress in the situation of the fund, but there is the risk collateral of the situation in Syria. There will be No direct intervention, especially because that would entail losing the ability to restrain Israel in its repeated intentions on Lebanon and even Iran, the issue is always latent.

There could be a collaboration with the “international community” (another question is to know for certain who is that supposed community), on the issue of Syria, especially if it is achieved that the positions of Russia and China to change, which is to be seen. This thing weighs a lot the posture creditor of China with regard to the american debt, which is a condition fundamental to understand much of what until now happened.

The security policies are going to be, surely, more led by the intelligence services, which has already renewed the organizational structure hierarchical, with the until now senator and former presidential candidate John Kerry, as Secretary of State, republican Chuck Hagel, at Defense, and John Brennan to the front of the CIA.

It is difficult to predict how it is going to take this second legislature. Nobody has the “crystal ball”, and much less in these times, in which the certainty is a concept that may be extinct, in the midst of an economic and social dynamics so convulsed, at the global level.

Informde of the OECD: A look to 2060: A global vision of long-term growth