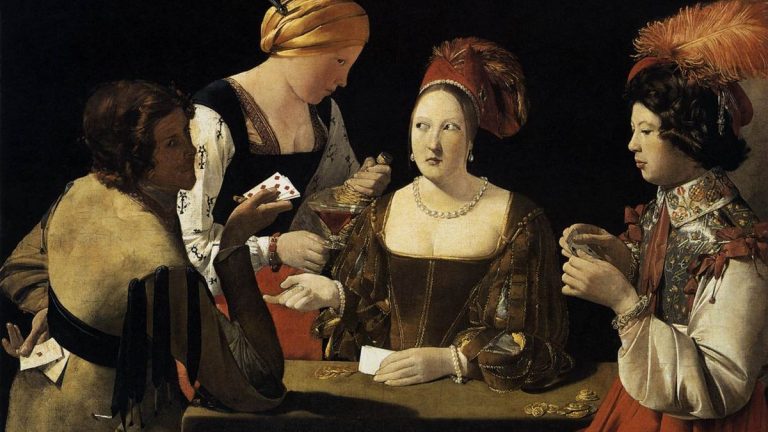 Have you ever tried to play poker and video poker for real money? If your answer is positive, it is great! But have you ever wondered how this card game started? Well, a game as rich and complex as poker did not appear overnight: centuries of trials and errors were necessary for it to reach its current form. Curious? Then keep reading!

First, someone had to wake up to the idea of ​​painting patterns on wooden plates (it was in China, around the 9th century) – that’s how playing cards were born. Fast forward to the 18th century: the French began to use small objects of various shapes and colors to record scores during their card games. And voila, that’s how the chips appeared!

Leap from the ocean into the Mississippi. This is where Americans took over and modified the rules of the old card games and afterwards the poker was eventually introduced to Europe in the 19th century. From that time, poker was played in the bourgeois halls of old Europe and the chips began to be used to incorporate the bets, and that’s how the modern poker game appeared!

Today poker competitions are often held, along with the increasing popularity of the game, but some of them are really strange, so that they deviate from the soul of the game itself. So, we have prepared 5 Weirdest Poker Tournaments that humans ever made up!

The Poker Run is an event prepared and organized by people who give some type of sponsorship to the activity in order to raise funds for charities, pay bills, create a capital which allows to improve the establishments and club or simply to raise money for someone who needs it.

Here you just have to know how to play poker and have a means of transport – the game itself allows the participation by using any object that helps you move from a motorcycle, bicycles, cars, boats, to horses.

The competition begins when you register for the event to receive a score sheet along with the explained rules of the game and a map, on which your path is marked. At the beginning of the race you must go to the control points where you need to draw a letter and keep the record on the aforementioned sheet, as you pass the control points you will increase the score, in some you can receive a snack but this has an additional cost. To avoid local gambling, sponsors sometimes include any additional competition in a control point, which allows the competitors to earn more points, either from throwing the dice to traveling a certain number of meters in a minimum of time.

Cowboy Poker is a kind of poker competition that involves a bull. Usually, 4 cowboys are sitting at a poker table and the table is located inside a rodeo arena. A bull will be released with the aim of interfering with their game. The last person at the table is the winner. Cowboy Poker actually focuses on recklessness, not poker skill itself! In many cases, one of the players gets a serious injury as a result of being stabbed or stepped on by a furious animal.

It is a hot combination of poker and nudity. The players gather at one table, play, and the loser in a round will take off his clothes. Then, another round starts and the rules are the same. These competitions are usually played in mixed groups (both men and women are involved). This type of competition has been the inspiration for many adult films, due to its nature of “stimulating sexual desire by displaying nudity.” The game usually ends when someone is completely naked. But keep in mind, that you probably won’t like to play this game if all your players are guys, unless you’re gay or a really naughty girl!

True to its name, Interpoker Extreme is held under extreme conditions. One of the most fascinating type is underwater one. There are many other extreme conditions available, such as playing on the surface of a frozen Arctic lake, playing on a plane where the losing player has to jump out of the plane (with a parachute, of course), playing on a wooden plank that requires balance, and so on. If you are a brave enough person, this is worth a try.

In this competition, £400,000 is provided and no less than 64 different tournaments all held over 10 days! The competition is hosted by the UK Online Poker Series (UKOPS) and is known for its great value prizes. Recently, the competition was moved to the PokerStars software in early 2020.

Will you try one of these wacky competitions? Yes? God, you really have a guts. But, first of all, to familiarize yourself with poker, we suggest you to visit SlotoGate, where you will find fascinating online casino games in legit online casinos with high payouts! We hope this post was helpful and meaningful for you. Anyway, thank you for reading and good luck!