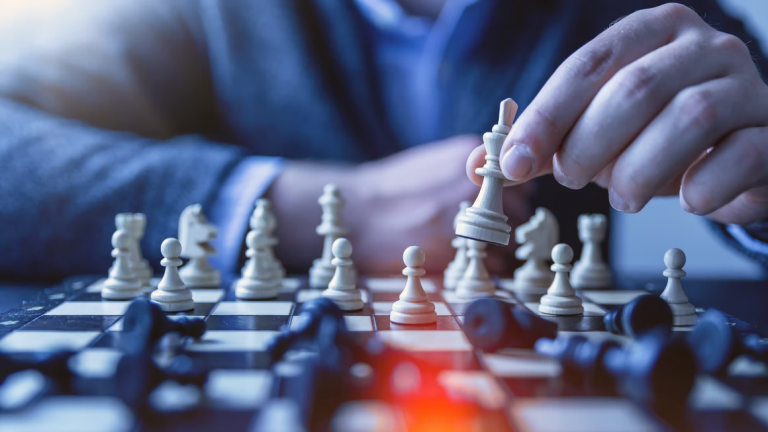 Caption: The hit series The Queen’s Gambit does a brilliant job of glamorizing chess

Rarely do you see a French Noir film about Dungeons and Dragons, yet you’ll often see a glamorous hero absolutely killing it at the roulette table. What is it that makes some games so ripe for romanticism and some so totally unsuitable? We take a look at some of the most frequently glamorized games in film and try to unravel the mystery of what exactly makes a game perfect for the big screen.

There are many films that have roulette at the heart of them, but Run Lola Run uses it in a different way to many others. This film literally centres around a turn of the roulette wheel, as protagonist Lola races to save her boyfriend, but can only do so if she wins a large amount of money. Although many films show their most bright and brilliant characters ruling the roulette tables, surprisingly few people actually know how to win at roulette. In the case of Run Lola Run, she clearly doesn’t know the odds of putting it all on one number, but to our amazement, she gets away with it. This film takes the ultimate roulette dream and runs with it. It’s a bit farfetched, but it’s Hollywood, so we’ll let them off.

There’s something about casino games that immediately conjures up a glamorous image. It’s likely because they really became popular in America in the 1920s, during which time the style was incredibly opulent. Casino Royale uses the allure of the casino to great effect, particularly during the tense poker scene, which in the original book by Ian Fleming, never actually happened. In the written version, the game played was, in fact, Bacarrat. However, when writing the script it was unanimously decided that as well as being higher stakes and higher skill, also delivered a higher glamour factor. It can’t be denied that watching Bond delivering killer cards and coolly sipping a martini is incredibly satisfying.

Chess was very much seen as a nerd’s game for a long time—literally decades. It could be argued that Magnus Carlsen changed that, the Chess master supreme and also part-time model. However, if you ask the regular person on the street what the most recent pop culture chess sensation is, they’ll tell you it’s the Queen’s Gambit.

This Netflix original series took the world by storm and it mattered not an ounce that it wasn’t based on a true story. The glamour of the wardrobe, the idea of an undiscovered and downtrodden child genius making it big, it had all the hallmarks of a classic right from the beginning. Chess is the perfect game for the central character to excel at. At the time and still, to a degree, it’s a very male-dominated world. Not only that, it’s a game that surprisingly few of us know how to play.

The rules of chequers are incredibly simple to pick up, but the rules for chess are a little more complex. In fact, it’s reported that you can actually boost your brain functioning by getting into chess. Not only that, but the strategy involved in chess can take a lifetime to really understand. Choosing a game that has a kind of mystery to it always makes for a compelling series and The Queen’s Gambit pulled it off perfectly.